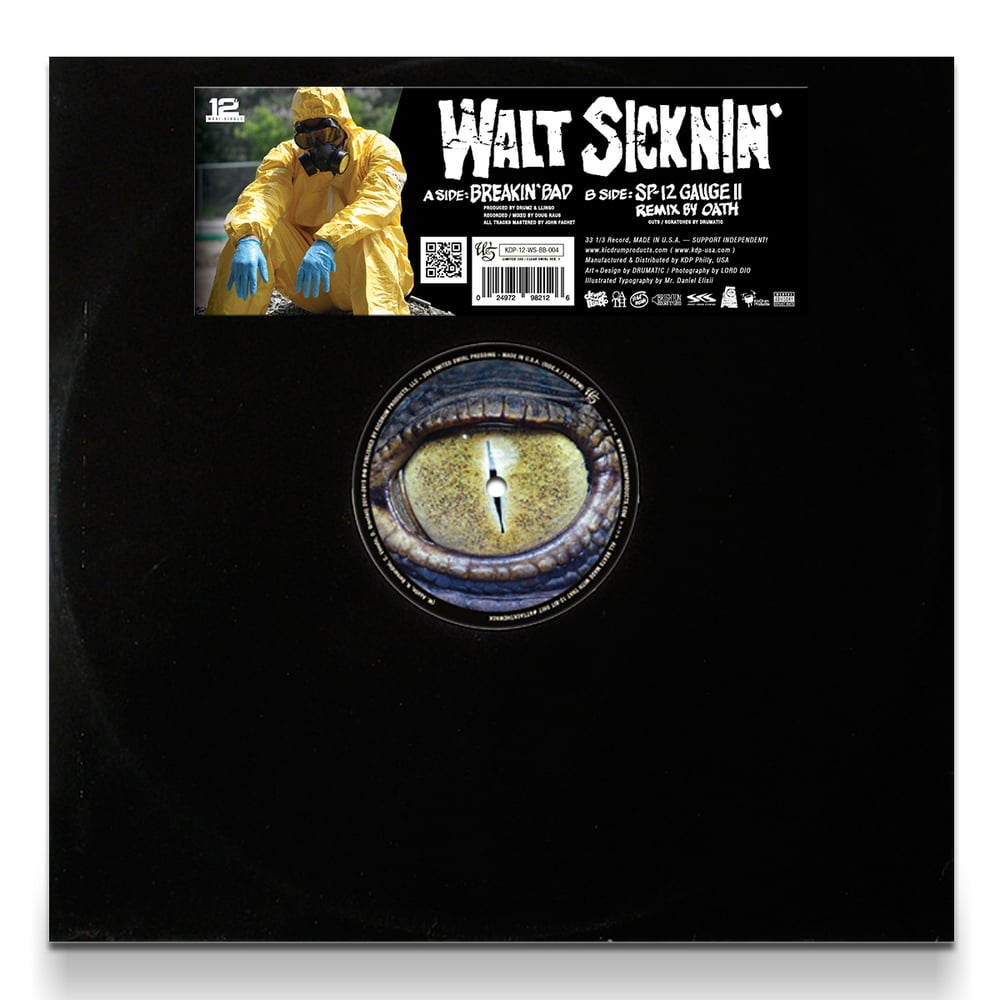 The toxicity envelopes the room. Invisible, still it hangs softly below the ceiling. The tobacco smoke engulfs his skull, as it casts its line downward and hooks the corner of his mouth. The fumes penetrate the walls but they also penetrate the psyche. The light burns bright. Mistakes are not his friend here and death prances gracefully amongst his work station. The reactions, no matter how well crafted and specifically formulated, sometimes exceed expectation and preparedness. When the master chemist formulates his recipe, it’s on like a muthafucka. The only question left then is...What’s cookin?

Drumz & Llingo’s gritty, hard complex minimalism, complemented by the gunpowder laced flow of Walt Sicknin’ make Breakin’ Bad distinctive amongst modern independent hip hop releases. People talk of a return to the golden era and then aim to replicate. Tracks like this prove that you can capture the essence of what made that time period wonderful and still be modern and unique. In the age of infinite sample time, Drumz & Llingo force you to pay attention. Their music creates an arena for Walt Sicknin’s incredible cadence to shine and allows the audience to witness what it sounds like when producers allow the emcees to rhyme in the pocket.

We apologize for the absurdly long delay with this record, but the press plant took 6.5 months to produce this fine product. We hope you are satisfied with yet another fantastic KDP release. Every record color/swirl is varied, organic and unique! Photos are for example only.